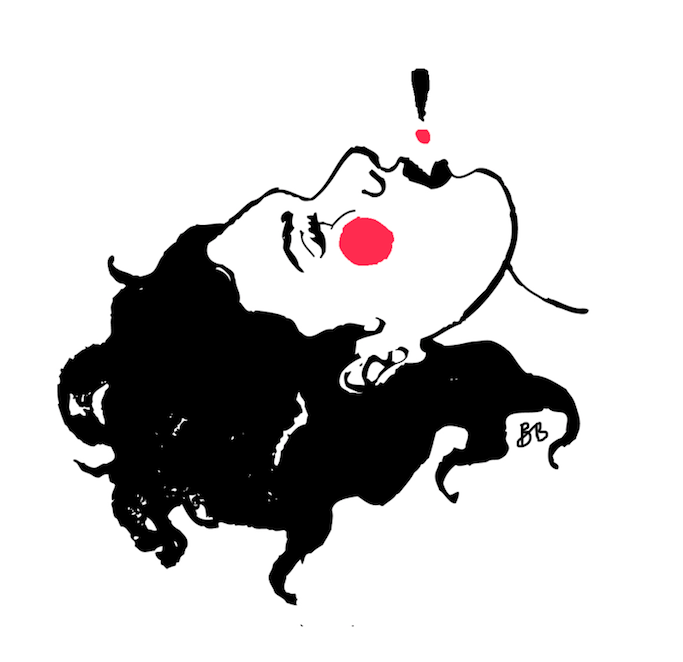 What about queer women though?

What are the politics of faking amongst women who sleep with other women?

Do they? Don’t they?

Is it more sensual? Slower? Is the sexual experience always more authentic because of the matching genitalia and female sprits?

What about protecting your partner’s feelings though? Another hypothesis of mine is that women fake their orgasms because they think about their partner’s satisfaction more than their own. That women have been taught not to be assertive about their sexuality and desires. In this vein, is lesbian lovemaking rife with false squeals and ‘ohmigods’?

Is it even helpful to differentiate heterosexual and queer women’s orgasmic experiences?

I spoke to a bi-sexual friend and follower of G’s Spot to get her perspective on SEX WITH WOMEN and FAKING ORGASMS.

She represents a subjective viewpoint from the ‘B’ of the, of course, incredibly diverse LGBTQ+ community with a range of many attitudes and outlook.

A Bi-Sexual Point of View:

I think sex with other women is more pleasurable because women know each other’s bodies. And I think that there is good communication there too.

However. I do fake. Completely. All the time. ALL. THE. TIME.

Women’s bodies are all different. With men, there is almost a relief that they can come relatively quickly, usually – not all men are like that, I know I’m stereotyping, but there’s generally a sense that the guy will come if you do ‘x, y, z’ to him.

Women’s bodies are different. I think women are more sensitive. I think our minds drift more. Our bodies are more complicated.

And so, I think a lot of faking does go on to protect feelings.

I think it boils down to communication in the end.

The sadness for me is our current focus in sex, we need to change focus. For example, I really enjoy being penetrated and there are lots of ways of being penetrated that doesn’t involve actual dick. I really, really enjoy it. But I don’t come from penetration. Why can’t we be cool with that?

A de-emphasis on orgasms. More emphasis on the journey, not the goal!

Sex is packaged as a goal-orientated experience which is essentially disappointing if you don’t or can’t reach that goal. It’s really bad!

I think lots of people think women having sex with other women is a bit of a utopian experience. More sensual, more in sync because of the similar bodies.

Of course, it has its own complications. But it’s less selfish. More communicative. For a lot of people, more pleasurable.

The Lesbian Death Bed  – it’s not really a thing, it’s nothing that I have ever experienced. It’s the idea that the female couple become best friends and never have sex. It plays into this misrepresentation that men have this urge to fornicate and women don’t. Apparently, we don’t have this primal instinct and therefore in a relationship with two or more women, we slip into platonic friendships.

As I said, this has never happened in my experience nor in my lesbian friends’ experiences. This idea suggests that women aren’t sexual which is not the case.

I think women who have sex with other women are still finding their groove. Think about it – historically, lesbian sex has never been recognised! There’s no name for it. ‘Sodomy’ was always used for men!

Lesbian sex has taken a lot longer to develop, culturally.

Think about how much we have learned and inherited from Cosmo, from Sex And The City, all those magazines. There’s so much talk, so much chat, so much material about heterosexual sex.

In my view, women who have sex with other women are way behind in terms of finding their groove and dissolving their shame.