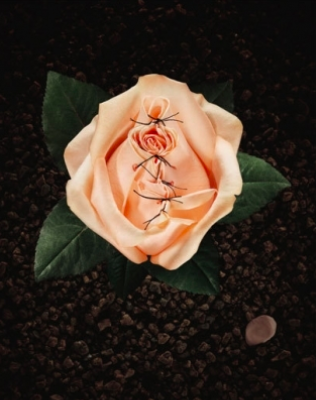 Today marks the International Day of Zero Tolerance for Female Genital Mutilation. In response to this, G’s Spot has collaborated with Isabella of @the.f.sex to curate a post as part of the ‘Sex After’ series. We have partnered with Hilary Burrage to publish first-hand stories of FGM survivors, extracted from Hilary’s book Female Mutilation. ‘Sex After FGM’ aims to provide an insight into what happens to girls and women – sexually as well as physically and psychologically – as a result of FGM.

200 million girls and women worldwide today are affected by FGM. Here are two of these women’s stories.

“I was ‘initiated’ in 1987 in my father’s house in Maara Tharaka Nithi County so I experienced female genital mutilation directly. It is our tradition for girls to undergo FGM at the age of puberty or beyond; I was 11 years old when I underwent FGM. My mother accompanied me to the ceremony where the other girls of my age also joined me. It was a very painful operation. The initiator used one blunt knife to cut all 12 of us in turn. The knife was unsterilised. The experience was very painful and tormenting, something which one would be eager to forget.

Note that I had asked to undergo FGM. Remember that it is illegal to perform FGM in our county.

The clan and my parents were very involved; the circumciser does it at their request. After I was initiated I was taken to seclusion in a room in my mother’s house where I lay on my back in bed for almost a month. I bled a lot but I eventually healed, leaving a big scar on my vagina.

During the healing period I had a special woman who was my chaperone, who washed me daily and mentored me. As I was now a mature girl, having undergone the circumcision, this woman taught and advised me how I should conduct myself once I was again out in the community.

At first, I felt honoured and happy that I had been initiated, but then I married and I did not enjoy sex, due to the painful scar – though I did not want my husband to notice.

My first-born child arrived five years later, when I was 16. The experience was terrible. The scar started to bleed due to muscle stress during labour; but I soldiered on to become the proud mother of four children.

Psychologically, FGM affects me due to low sexual satisfaction, and my husband is also affected. We live in pretence whenever possible; I prefer to forget about that for my peace of mind.

FGM continues. It is still practiced mainly in secret by midwives and doctors. The knives are not shared and they are sterilised and healing is medically cared for. Remember there is a general belief that FGM controls sexual urges and libido in girls. It’s thought to reduce illicit sex in unmarried girls. To some extent, uncircumcised girls may find it difficult to get a suitor, and there are also other harmful practices such as marrying off underage girls after FGM.

I belong to the Meru community, which is far away from eradicating FGM. It’s culturally cherished by the Meru and other communities such as the Embu, Kikuyu, Tharaka, Kisii and Mbere. It is difficult to speak out against FGM in these communities. You are easily pointed out if you challenge their traditions, which they hold very important.

I believe FGM can be eradicated, through seminars and workshops where the public is generally taught and educated on the dangers of FGM. Community leaders and politicians should be the first to endorse these teachings.

Mainstream society must be involved in stopping FGM. Traditionally involved communities cannot do it alone.”

“I am in my late fifties and have lived in Britain for a long time. However, I was born in the Yoruba speaking area of West Africa. I underwent female genital mutilation when I was just a baby, but obviously I can’t recall how it was done.

I sort of knew from childhood. A maid checked me and a female cousin of similar age when we were about four, but I didn’t know the connotations or details.

My father was probably away on business when the procedure was performed. He paid for the operation to manage matters. I suspect he would not have approved and was presented with a fait accompli. He may even not have known until I had to have the ‘operation’.

I guess even back then not many educated people of their generation would have mutilated their daughters. My mother was herself educated and had me late in life, so, in my thinking, she should have known better; but she was never forthcoming about anything, so if I had actually asked her about it she would not have responded. Unfortunately therefore I was never able to explore the reasoning with her.

In terms of physical aspects, some of my core muscles are compromised, which has affected my enjoyment of activities such as dance (which I had to give up) and yoga. I am now more aware of these impediments, so I am working on them. The compromised core muscles also impact on various activities. Being improperly balanced affects posture and diaphragm and breathing.

Recently raised awareness of the connections between FGM and my body also means I am constantly readjusting myself, particularly when seated. This could well be as a result of a surgical intervention in my twenties interfering with the ‘pull up’ of pelvic floor muscles.

And sex has always been a problem. I choose not to look for it, unlike many others who seem to seek it out. I am bitter, I believe FGM impacted negatively on the prospects for my having a fulfilling relationship and family. I have no children though I have been married. I have mainly been without partners and would find it hard, now that my awareness is raised, to enter into any such relationship. I am reluctantly resigning myself to a companionless life.

The personal impacts of FGM are lifelong, both physically and psychologically.

This ‘procedure’ is a horrid mutilation and secret, with lifelong consequences for physical and psychological well-being and my self-esteem. It’s something I would never want anyone to know about me – some do know, and have gossiped. I have been mortified. I feel defective.

It is likely that the pain of the early FGM also triggered pre-speech trauma, creating significant issues which continue despite several psychoanalytic and other interventions. Recently I have focused on time-line analysis, which has had some effect, but I still struggle.

I have really only internalised, and increasingly understood about, FGM in the past few years, despite having had to have surgical intervention to facilitate sexual activity in the second half of my twenties…

Wherever it occurs in the world mainstream society should be active in stopping FGM. I believe in the global community but understand that this could be culturally sensitive – how far will interventions to stop FGM be seen as cultural imperialism?”

If you have been affected by any of the issues raised in this ‘Sex After FGM’ article, there are services that can help you. As a British blogger based in the UK, I have provided the NHS National FGM Support Clinics here as well as details to the charity Savera UK here which tackles ‘honour’-based abuse and harmful practices, including FGM.