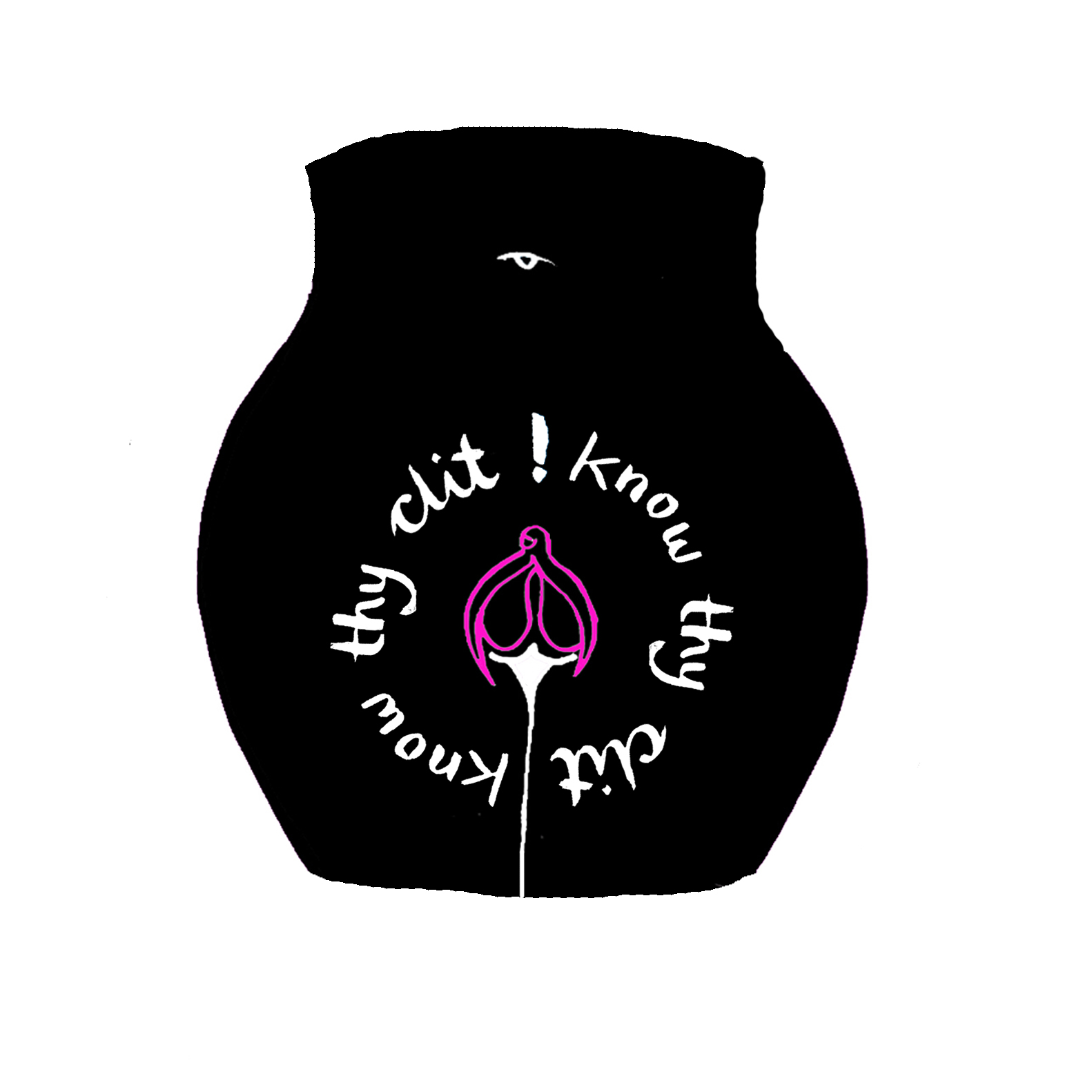 I was convinced that the clitoris looks like this:

Essentially, a little nubbin that protrudes out, near the top of the vulva, that you can stroke and that can make you feel good. Really good. In fact, it’s the only organ that has the sole purpose in this life to make you feel this good! 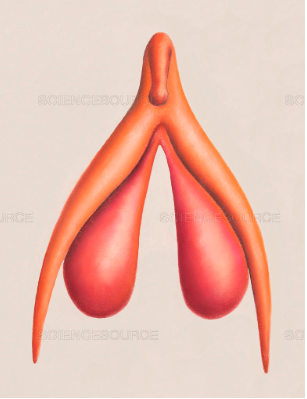 My jaw dropped when I first saw this picture

Has yours dropped too? Half of me hopes it has, otherwise there really isn’t that much point to this post… But then the other, less selfish half of me applauds you if you are in the know – many congratulations for actually knowing the intimacies of the female body.

When I first saw this correct image of the clitoris, I thought it looked like a dinosaur. And on closer inspection, a willy. And it’s true, the structure of the clitoris is super similar to that of the penis: a 10cm one in fact, that lives mostly inside a woman’s body, which engorges with blood and gets bigger and bigger as a woman gets more and more aroused. That little nubbin we can see and feel, protruding from the vulva?…Well, it’s the ‘clitoral glans’ and only the tip of the iceberg! 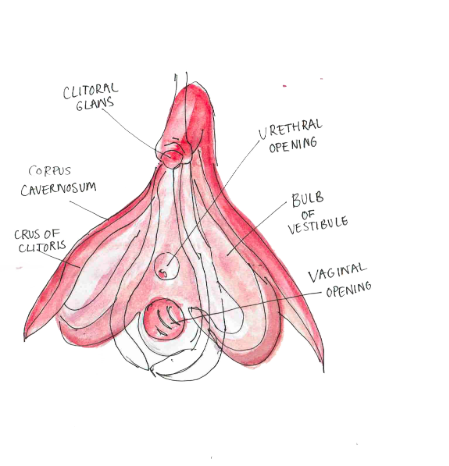 I was curious to know whether I was the only gal with her head in the sand, the only one totally oblivious to the fact that the clitoris looks like a cute little wishbone. With arms.

So NATURALLY, I held an emergency clitoris focus group and had my lovely, willing contributors draw what they thought their clitorises looked like. Here is some of their work: 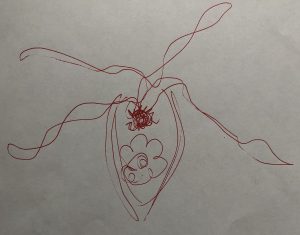 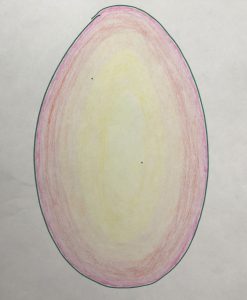 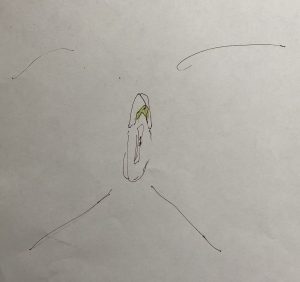 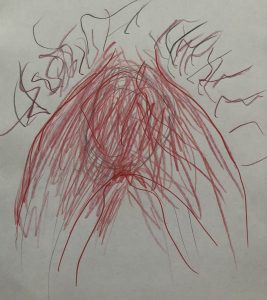 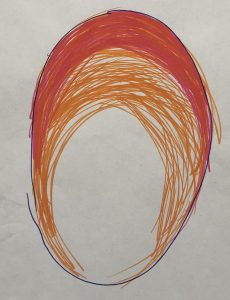 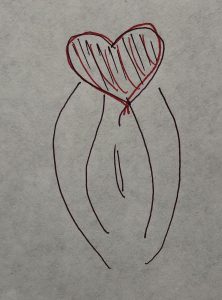 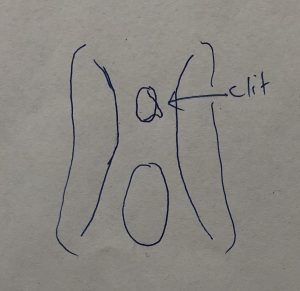 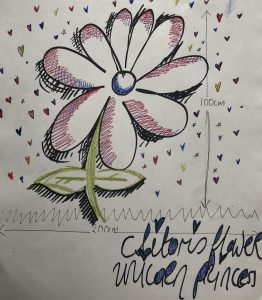 Not many arms or clitoris-willies to be seen.

OK, so I’m definitely not the only one. There is a collective lack of knowledge about the clitoris and what it actually looks like.

A bit of light research later and it turns out that the clitoris, in its full form and in all its glory,  was only discovered and scientifically taken notice of in 1998 by a sassy and curious, young woman doctor called Helen O’Connell. 1998!

The clitoris was discovered only twenty years ago!

I was seven years old! Thanks Helen. We owe you. You, instead of Beyonce, are now my iPhone background photo.

And despite this glorious scientific discovery, it doesn’t seem to have penetrated the mainstream consciousness. I mean, popular culture just isn’t in the know… South Park is definitely still in the dark. Here is how they depicted the clitoris back in the early noughties: 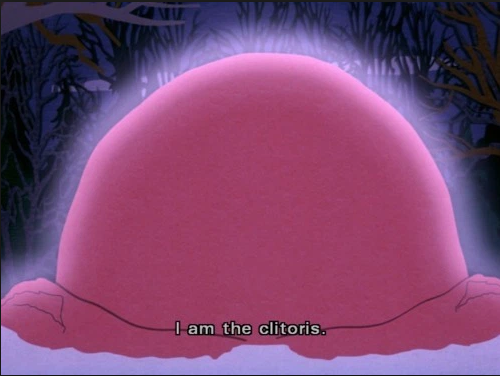 … and even The Big G is super confused… They advertise a completely wrong definition of the clitoris:

Google – the omniscient, go-to source for information – is not providing an accurate and up-to-date one-liner of the clitoris. Seriously, I’m not kidding, google the clitoris – the wrong definition comes up.

No wonder we don’t know what our own clitorises look like if the world around us is misinformed and perpetuates myths.

The clitoris is THE female sex organ that extends behind the vaginal wall, which functions solely to give a woman sexual pleasure when it is touched.

The Cambridge English Dictionary is getting it right, snaps to them. Why isn’t Google citing them instead?

In conclusion:  En masse, we don’t know what the clit looks like and how to define it. I’m still in shock, whilst boiling with rage and sadness, that even Google is getting information about it wrong. We are living in an ‘icliteratate’ society. Most of our ‘pleasure’ organ is internal. Most women don’t know this. We see the exposed, sexualised female body everywhere, but we actually know nothing about the female sex organ. How are we supposed to make the most of our sexuality and our pleasure if we aren’t properly informed? We need to start understanding the clitoris, embracing it, learning about it, talking about it, seeing more pictures of it!

We need to start getting ‘cliterate’!

I’ll be dedicating the next few posts to the clitoris, trying to get my head around why it’s not getting the attention it deserves and what we can do to unleash its full potential.

NB: Clieteracy – a term coined by artist Sophia Wallace, who will feature soon.