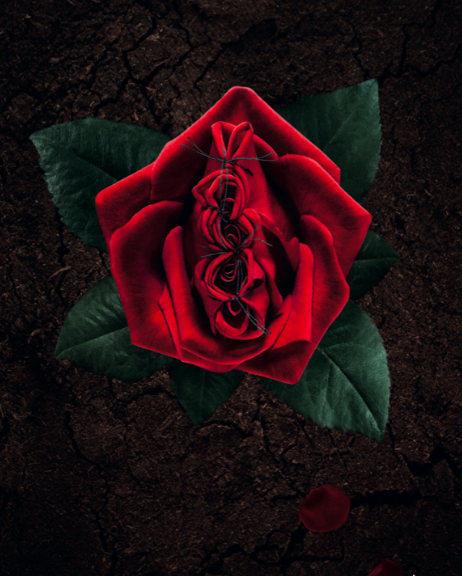 And as you may be aware, I am currently in the midst of a ‘Sex After’ series on G’s Spot. So, in response to tomorrow’s International Day of Zero Tolerance for Female Genital Mutilations, G’s Spot has collaborated with friend and activist Isabella Rooke-Ley (aka @the.f.sex) to curate a post that will discuss women’s experience of ‘Sex After FGM’. It will be published tomorrow.

We have used the G’s Spot platform to shine a ‘Spot’-light on survivors’ stories of FGM, and how it has affected their sexuality.

Together, we have partnered with anti-FGM author and activist Hilary Burrage: tomorrow we will publish extracts from her book Female Mutilation: The Truth Behind the Horrifying Global Practice of Female Genital Mutilation, in order to frame FGM in the words of women who have experienced it themselves.

Isabella and I met and connected with each other over a year ago through our mutual passion for liberating female sexual pleasure and removing the shame from it.

Isabella sits as Vice-Chair on the Youth Advisory Board of the charity SAVERA UK, which tackles ‘honour’-based abuse and harmful practices which violate human rights: including FGM.

FGM is a patriarchal and strategical technique used to shame, repress, and disable female sexual pleasure.

In reality, these justifications are not based on truth.

FGM is not a culture. Because FGM cannot be considered an element of culture when it consists of inflicting severe pain on girls and women, as well as serious mental and physical health complications including infections (as a consequence of using unsterile cutting instruments such as knives or razors) and even death. To aim to eradicate FGM is not an ‘interference in cultures’: it is to aim to end criminal violence against girls and women.

Nor is it a religious practice, despite religion being tirelessly manipulated in order to maintain the existence of FGM.

The reality of FGM is that it is an act of criminal violence with many traumatic impacts physically, obstetrically, psychologically, intellectually and socially. It is a violation of the rights and the physical and psychological integrity of girls and women, wherever the practice exists. (REF: A statement by Pierre Foldes extracted from Hilary Burrage, Female Mutilation, p.128.)

FGM constitutes a patriarchal ideology, which has involved creating excuses— such as religion and the aforementioned examples above —  in order to enable FGM so as to ensure the ascendency of patriarchy.

The sexual complications and sexual trauma FGM creates amongst girls and women are extensive. Loss of pleasurable sensation, dyspareunia (painful intercourse) and deinfibulation (when a girl or woman’s vagina is unsewn/un-sutured, after infibulation, to allow for the entry of a penis and for childbirth) are some of the physical, sexual consequences that FGM can produce. Tomorrow’s stories will provide an insight into the sexual problems that two FGM survivors have experienced. We will use extracts about women’s experiences of sex after FGM from Hilary Burrage’s book ‘Female Mutilation’.

It is worth noting that whilst the majority of women’s capacity for sexual pleasure is debilitated after FGM–to whatever extent— there are some women who can still orgasm or experience sexual pleasure: even if this is limited.

Hilary Burrage has made a note in response to this:

“Discussing FGM in the context of sexuality and pleasure is a very delicate area.

It is easy to paint a picture that survivors of FGM have a damaged, insufficient and unpleasurable sex life.

There are women who challenge this idea; albeit there are others who are massively grateful to get real sensation after reconstruction.

Not every survivor perceives herself as having a ‘sexual’ problem – perhaps because the erectile tissue (clitoris) is still there enough to make things work, or perhaps because the woman is sexually satisfied in other ways, or perhaps that she has expectations of sex which are achieved anyway. We all carry our own ideas about ‘what works’, and, especially in communities where sex is not discussed, women may not know that others beyond their community have different experiences.

There are women who say their sex life is fine after FGM; but I suspect there are many more for whom that is not actually true.  How can we actually know?  And maybe anyway, what you don’t know isn’t something you miss?

Also, of course, the harm of FGM can be other forms of damage than to sensation and sensitivity – for example, infection, childbirth, fistula…”

Tomorrow we will share two of these women’s stories.